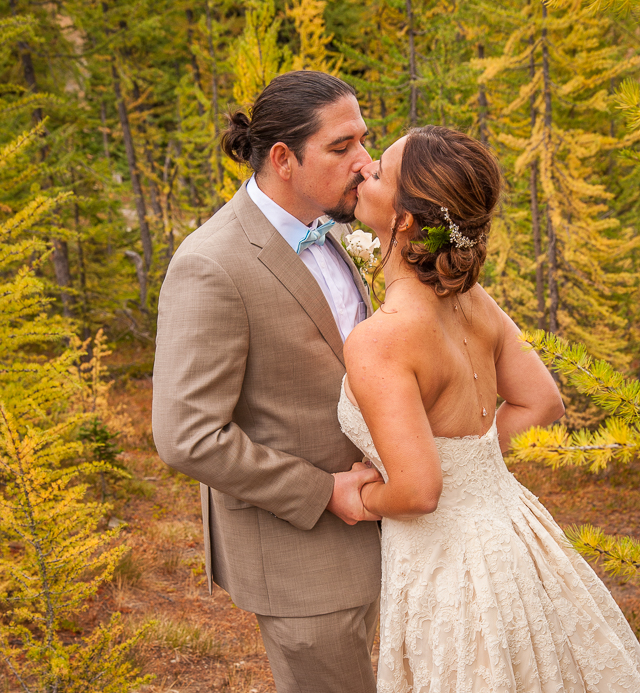 These two have been together for nine years, engaged for four years; they’ve lived together and far apart, separated by jobs or school. They’ve lived in the northwest, the southeast, overseas. Their wedding was threatened by a not so distant wildfire. Mazama was on a level 1 alert which means, be ready, in case this fire blows up and moves closer to homes. Their home in Florida was threatened by Hurricane Irma. And yet, it all turned out. The fire cooperated and photos were made high in the mountains and the wedding in Mazama went just as planned. And Irma changed course. Sometimes it all works out.

They had considered having the entire event high in the mountains near Harts Pass however some family members were reluctant to drive the steep and windy road to the top. And with the potential fire danger, it was even scarier. Instead, they had it on the edge of a meadow at Mazama. Just the three of us drove to Harts Pass to catch the morning light and the beginning of fall colors in the alpine larch trees. Since this was a morning wedding, we started early. The hair and makeup artist was there at 4:30 AM! I started working at 6. Have I mentioned that all weddings are unique? It’s true. That is something I love about them.